This past month, my blogroll has been filled with stories of harvesting wild nettles, of crocus and daffodils and trilliums blooming, of green things growing in garden beds, of the reopening of farmers' markets. Here in the Yukon, spring arrives at a much slower pace.

The season has really begun to unfurl now, though...

Earlier each morning, the sun crests the horizon, and the birdsong swells in the tree tops.

Added to the familiar chatter of the whiskey jacks is the monotonous song of the dark-eyed junco. The boreal chickadees call to one another with their nasal tsk-a-day-day. From the top of a spruce tree, the robin warms up and then bursts into his beautiful, warbling melody.

For a moment, the other birds hold silent as the robin takes center stage.

The sun shines brilliant over the trees now, and the day has begun.

All over the territory, the snow that has laid a hush over the ground since November melts.

Temporary stream beds swell with the run off for an afternoon, and then lie empty once their source is spent. The roadside ditches are full, making an unlikely stopping place for returning waterfowl, and water rushes through culverts. The creeks are mostly all open now, running fast and high; by contrast, the ponds lie still under a diminishing crust of ice.

Most spectacular are the rivers.

For weeks now the river ice has been rotting, and over the last two weeks, it's begun to break. Small leads of dark water flow up onto the ice, creeping forward and widening with each day. Soon there are large swaths of open water, disappearing beneath what remains of the frozen surface. Creeks and streams rushing to their source create pressure against the stubborn ice, until it can't hold any longer.

The ice breaks into huge, thick pans that crash into one anther, and heave up onto the banks, crushing last year's growth of scraggly willow. Inevitably, the ice jams. The river swells behind these jams, low-lying shores flood, until eventually, the ice gives up and the river pushes through again.

It’s been more than a month since I’ve written anything! What have we been up to in that time?

Perhaps most exciting was a trip to Belize! We spent almost two weeks on a little island called Caye Caulker, about a 40 minute boat trip from Belize City.

We did lots of relaxing in the shade of the palapa covered dock, swinging in the hammocks.

We went snorkelling on the barrier reef and swam with nurse sharks and sting rays (while Auntie Sue, who happened to be in the country at the same time, hung out with Aedan for a few hours on land!) 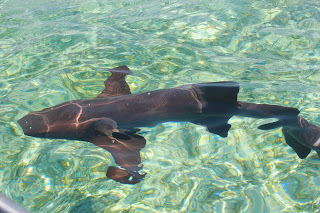 Aedan dipped his toes in the ocean for the first time, and had his first mouthful of sand, too! 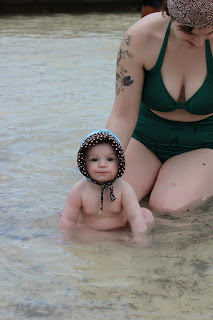 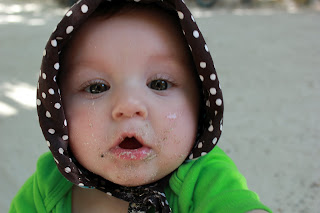 We took a river boat into the jungle, and stood on top of 3000 year old Mayan ruins at a site called Lamanai. 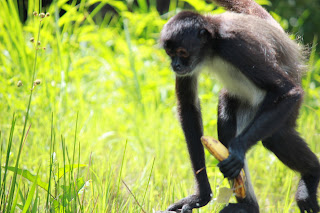 We ate lots of fresh fish, swam in the ocean, watched the sunrise every morning…and then walked to the other side of the island to watch it set every night! We basked in the sunshine and enjoyed the constant, warm wind blowing in off the Caribbean. 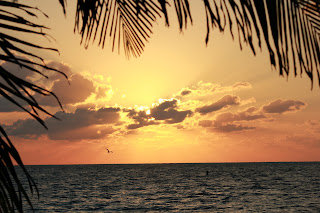 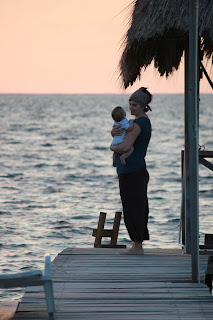 On our way back from that trip, we had a doctor’s appointment in Vancouver. The doctors are really pleased with how we’ve been controlling Aedan’s blood sugar. The Glyburide is working wonderfully! I feel so lucky that we were able to make this switch.

Since we’ve been back, we’ve been enjoying the lengthening days…first light is around 5 am, and it doesn’t get dark until 10 pm.

All the snow is slowly melting, and the ice on the rivers rots a little more each day.

I’ve started seeds for the vegetable garden: beets, swiss chard, beans, carrots, radishes, cucumber, romanesco and broccoli. This year will be my first real attempt at vegetable gardening, and I can’t wait to get these plants in the ground! (That’s more than a month away). 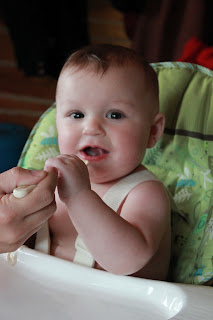 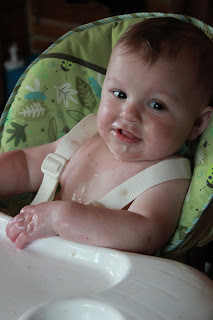 So far, banana is a hit. Tomorrow, pureed sweet potato—yum!

The trip out of the territory helped us both to gain some much needed perspective. It wasn’t always what we’d expected, but P and I each came back with a better idea of the things we each need to work at and focus on in the coming months.

I’m so happy to be home again, though, and can’t wait for this snow to melt!