Hello, friends! It's been a long time since I've blogged, but I've finally got a new one up and running (days before baby #3 is due. Seems like a good plan, right?) My focus will be a bit different than here on Up the Dempster; I've decided to use blogging as a way to remember myself in all of this parenting business, and to find my way back to my passion: writing. So if you're curious, please visit me over at Tara Borin Writes. 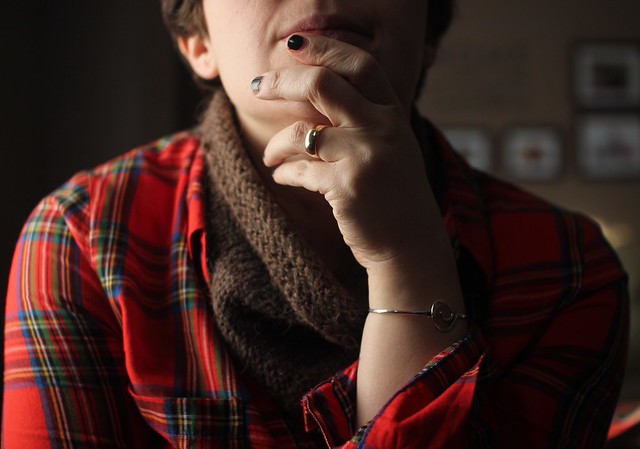 I've held off on writing this post because I wanted to be sure it was for real. But now, it's pretty close to being real, so here goes...

We're moving to Ontario. I think it's pretty obvious to my readers that I very much want to live closer to my family, and we've decided to make that happen. Having the support of my parents, my sister, my extended family and P's family is so important, especially with this 3rd baby coming. I struggled hard after Colm was born. Reading back over my private journal from the last year, I was barely keeping it together. Things will (hopefully) be so much easier after this babe is born.

We've been staying at my parents since November, with the exception of two weeks in Costa Rica and a little time with P's family here and there. I'm so grateful to my mom and dad for welcoming us into their home and letting us disrupt their lives. We've got another month and a half here and then we should be moving into our own house not far away.

It's been stressful, trying to pull this mortgage together. I'm into the last trimester of my pregnancy and the exhaustion is suddenly hitting me hard. The cold weather has kept us all a bit housebound, which is not fun with an energetic 3 year old. But soon the sun will warm the air, the snow will melt...we'll be into a new house, this baby will be born, and we'll be launched into the next chapter of this life.

I've decided to put Up the Dempster to bed. I'm working on a new blog layout, and I will post a link to it here once I've started posting there. I hope you'll follow me there, where I'll write honestly about family life and mothering and maybe eventually some travel...but if you don't, I understand. The Yukon has been a huge part of my life for the last decade, and I know we're not done with it yet (we do still have a business to run there, after all) but it will be a much smaller part of things for the time being.

So, there you have it. Doing the thing I said I'd never do...moving back to southwestern Ontario!
Posted by Tara Borin at 8:31 AM 4 comments:

I have been meaning to sit down and write about little Collie for at least a month now. I'm awful at filling out the baby books (I think I've written Colm's name in his, so we're off to a good start) so the least I can do is keep track of milestones here.

So, what is he up to these days, almost 16 months old?

Colm is walking now, he started in early January I guess. He's got a cute little wiggle in his walk. He's determined to master the stairs, too, and usually insists going both up and down by himself. 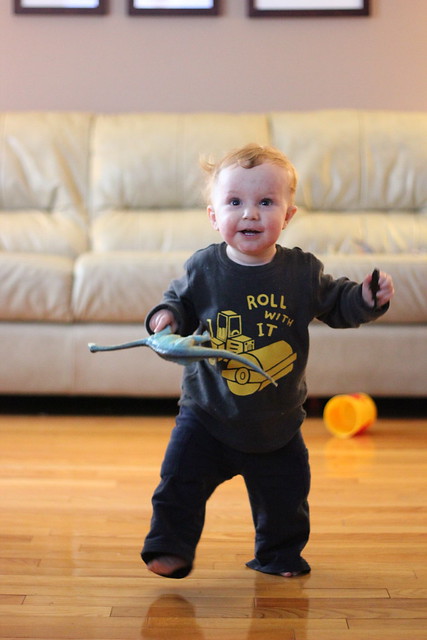 He has also started using a few words in the last couple of weeks. He's a master at "Daddy" and he's also working on "ball" and "boat". He barks whenever he sees a dog, so I figure that's sort of like saying the word.

Colm is finally eating! I remember when my milk first started to diminish, after getting pregnant, being so worried that Colm was going to starve. He was probably 10 months old before he took more than a passing interest in solid food, and well over a year before he started eating significant amounts. His favourites right now include dill pickles, raisins, chicken, and potatoes. His tastes are so different from Aedan's...he doesn't really seem to enjoy fruit very much, though he will occasionally eat berries, a few bites of banana, or a clementine. 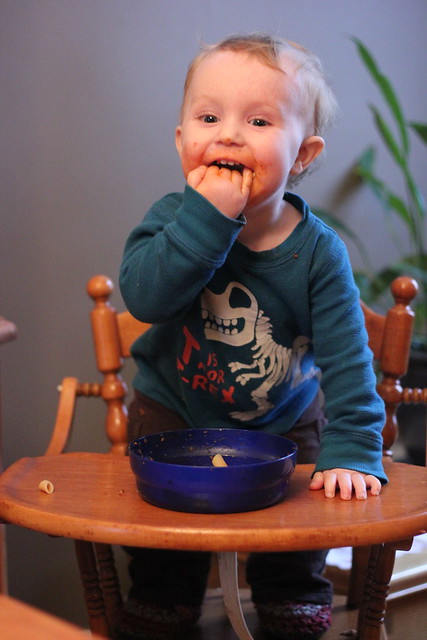 His eczema is fairly well controlled now, nothing like it was last winter. He is still very sensitive and gets a rash easily, but if we keep eggs, wheat and dairy out of his diet, he does okay. He's had several severe food reactions requiring epinephrine, and we have a visit with an allergist coming up to try and figure out what is causing the reaction. I suspect either dairy or some food additive. Unfortunately each time it happened, we were not in our own home, so he was eating food that was more processed than we would normally have. The ingredient lists were long, or unknown in one case, so it's a bit of a guessing game at this point.

Colm finally takes a decent nap on his own, without needing to be in my arms or have me right beside him. I am so relieved! It reminds me that all things will pass eventually. I try to keep this in mind with Aedan, who continues to be a challenge. But that is for another post I suppose!

In case you missed it, this year I'm participating in a group photo project on the ClickinMoms photography forum. Each week, we are given a prompt for a photo. In the end we'll have 52, one for each week of the year. I've also been taking part in a weekly blog circle with some of the other women: that's what this post is all about.

For week 4 of my project 52, we were invited to think about and photograph something that might not exist 10-20 years from now. I had a few ideas for this photo, including maps and phone booths, but in the end, I chose something more personal. This photo is of P testing Aedan's blood glucose, something we do 3 times a day. The technology is already there to replace the finger pokes and glucometers with some kind of continuous monitoring, and I think that 10 years from now it will be commonplace, and likely incorporating smartphone apps. 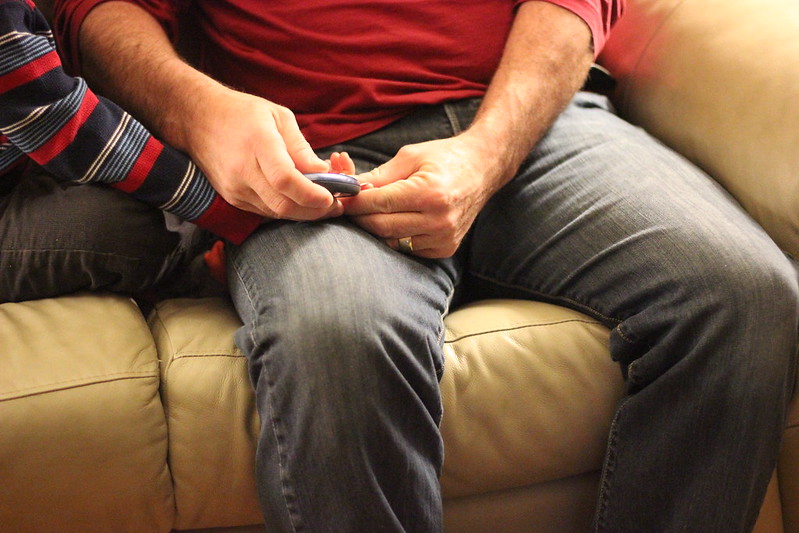 Please visit the rest of the talented photographers in the circle, starting with Jude!
Posted by Tara Borin at 9:00 AM 1 comment:

Well, I didn't get this post together in time for the blog circle, but I wanted to share anyway. This week's prompt for my project 52 was "your favourite". And right now, my favourite is nap time. Aedan is a huge challenge these days: he requires an almost inhuman amount of patience and presence. I so look forward to being able to lay down with him for the few moments before he falls asleep. When he is calm, and quiet, and not kicking or hitting or spitting or yelling. When he wakes up, it's like a clean slate. We're all refreshed and ready to get through the rest of the day. 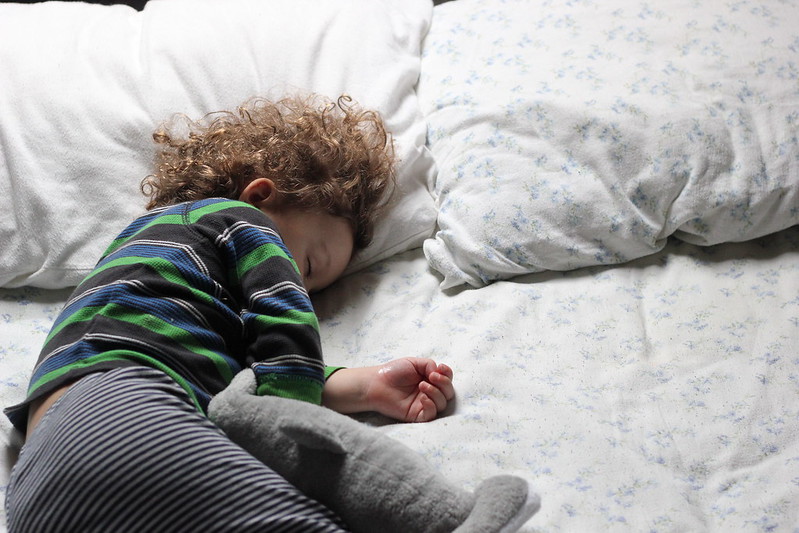 For this week's challenge, we had to think about and photograph what we'd grab if our house were on fire and we had 10 minutes to gather personal possessions. It made for some beautiful images and stories shared in the forum, and lots of thought provoking discussion.

I spent a lot of time thinking about what I would grab. But in the end, I feel like, other than the obvious (our lives) there is nothing we couldn't replace. I've lost an important piece of heirloom jewelry in the last couple of years, and it was agony for about a year. And then I got over it. They're just things. Most of my photos exist somewhere on the internet. So, I was practical in what I would grab. It doesn't make for a very interesting picture, but it certainly has had me thinking a lot over the past week. 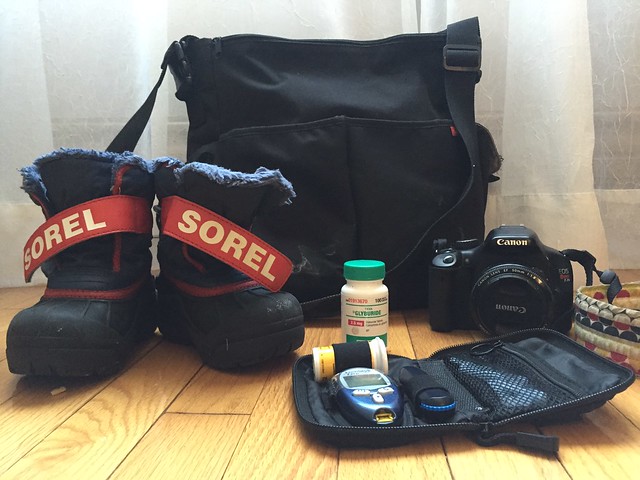 Please take a few minutes to check out some of the amazing talent in our blog circle. Next up is Kristy.

Where in the world?

At first I was avoiding writing this post. And then I felt ready to write it, but couldn't make the time. Now I've got about 3 posts I want to write, and I just need to get this out of the way! So, while Colm naps beside me and Aedan is quietly watching t.v., I'll fill you in.
After 2 weeks of Costa Rica, we decided it just was not the right time or place for our family to be experimenting with the ex-pat lifestyle. We made a radical change to our plans, and came back to Ontario in time for the holidays. Costa Rica is absolutely beautiful, and it is a place to which I will return. There is so much more of it to be explored, and when the kids are older, maybe we'll see it all. The beach we stayed at was wonderfully low-key, almost undiscovered really, and we've got some great memories of it. Aedan discovered that he loves to play in the waves and to devour mangoes in the sand. And Colm never showed a moments hesitation with the water! He even tried taking his first real steps in the surf. I guess he thought it would be easier to enjoy from a slightly higher vantage.
We relaxed, we soaked up the sun, we ate our combined weight in fruit, we dispatched no less than 6 scorpions from our house (and one enormous, hairy black spider), we watched a group of 10 howler monkeys move through the trees at our back deck, we played in the waves and watched the sun set over the Pacific ocean every night.
I felt so guilty, so ungrateful, when we first made the decision to come back to Ontario so soon. But I know now it was the right one. Spending the holidays with family felt like exactly the thing we should have been doing, and the boys are loving all the time with grandparents, aunts, uncles and cousins.
Without any further ado, here are some of my favourite photos from Costa Rica. Enjoy! 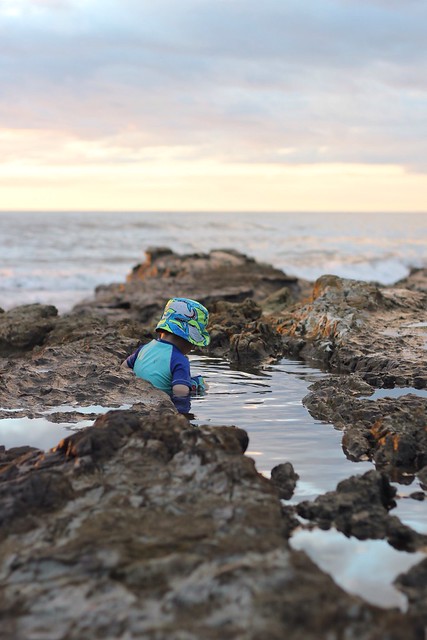 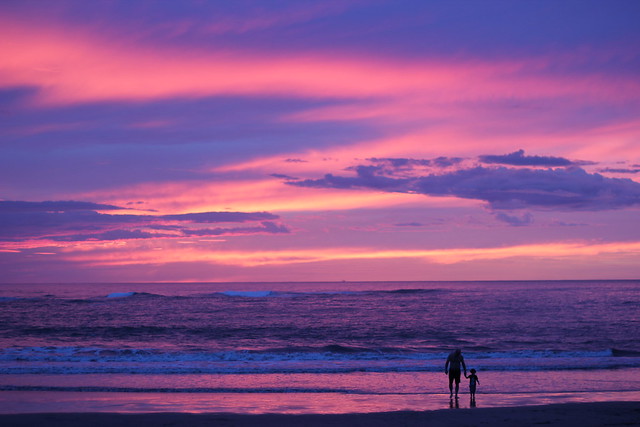 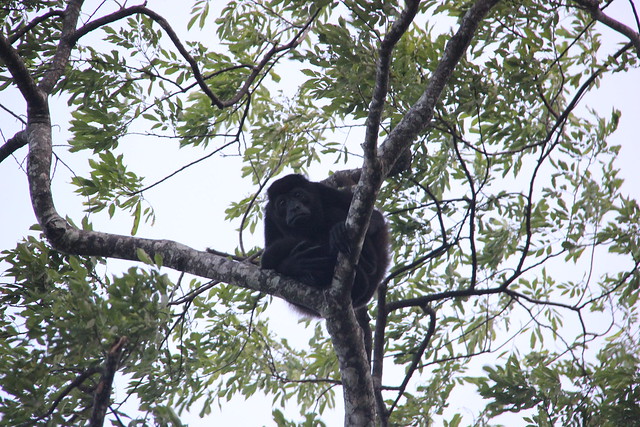 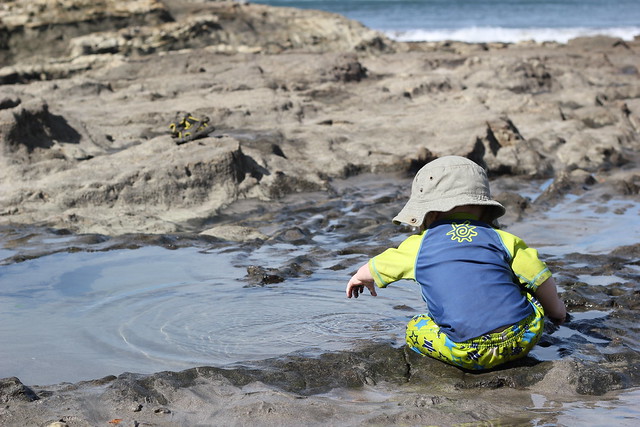 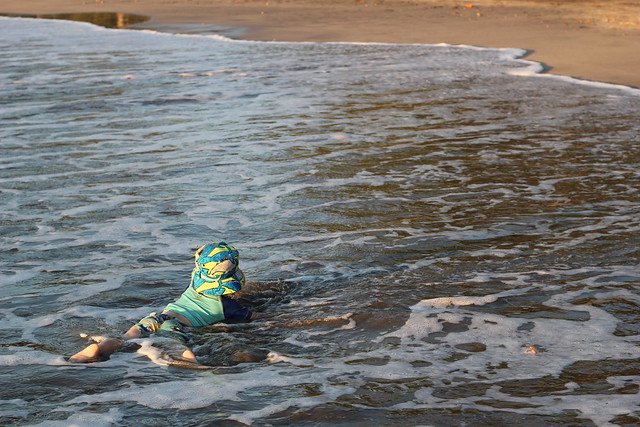 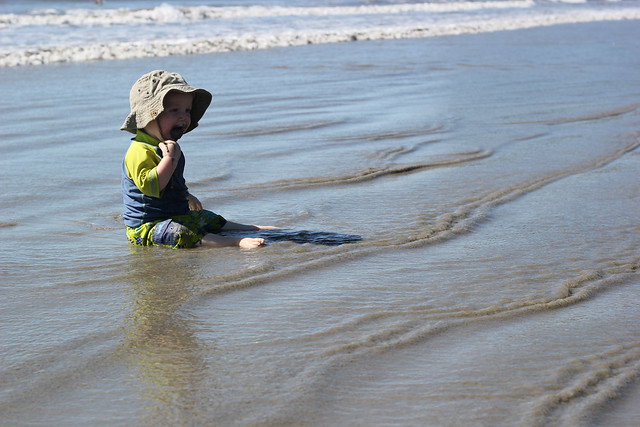 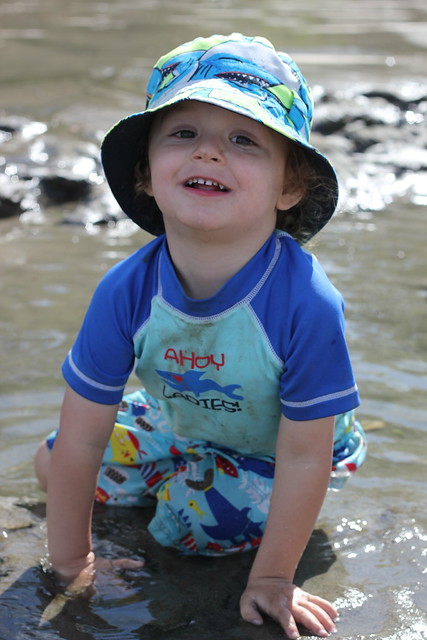 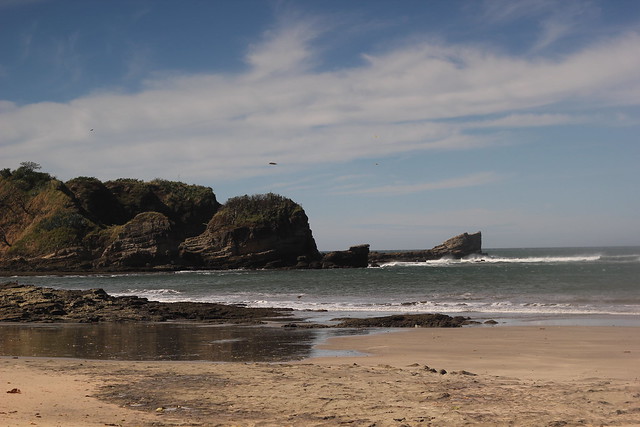 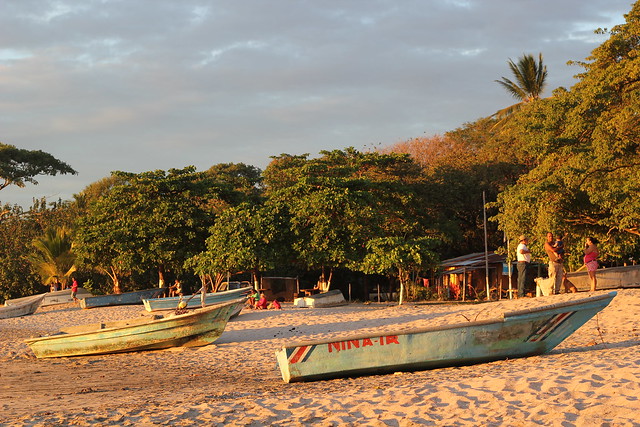 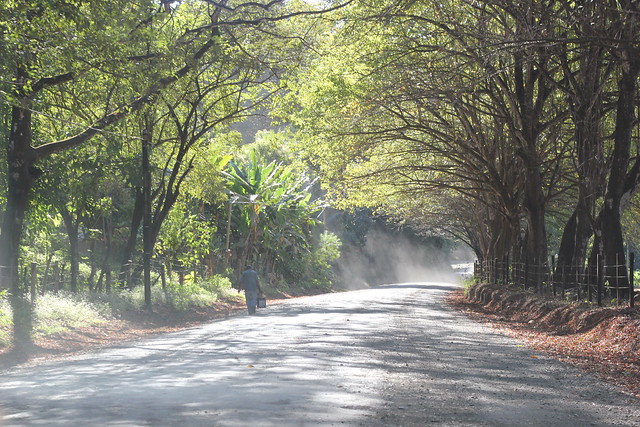 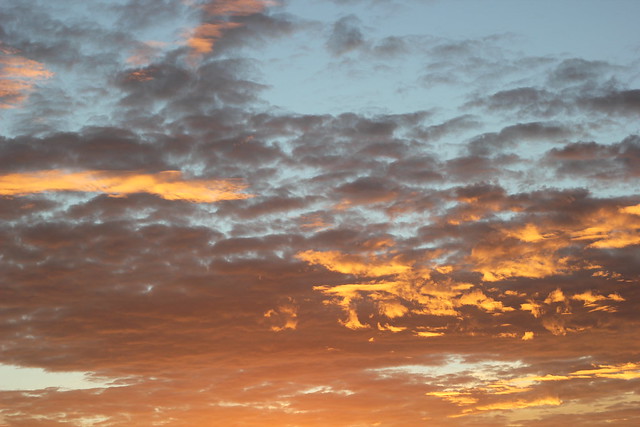 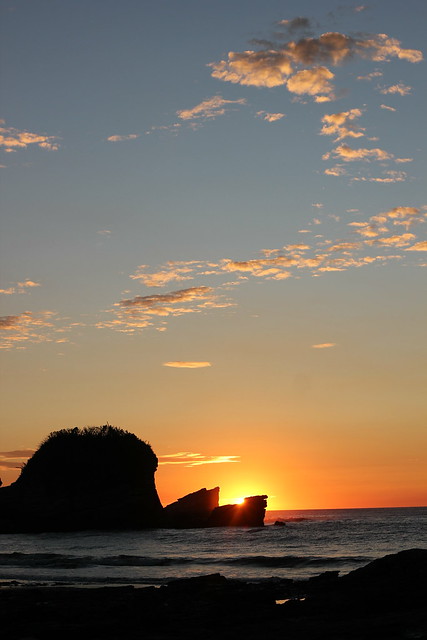 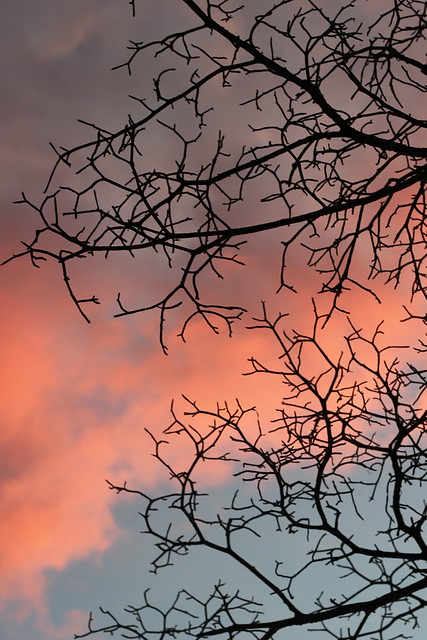